Shabwa Gov. Mohammed Saleh Bin Adyo presided over a ceremony celebrating the opening of Al-Salam Bridge in the Naqbah area of Habban district on Monday. The bridge was destroyed by Saudi-led coalition airstrikes in mid-2015 to slow Houthi advances toward Ataq, Shabwa’s capital

Without the bridge, spanning 42 meters long, 10 meters wide and 14 meters high, travelers and commercial trucks had to find alternative routes, sometimes increasing their journeys by hours. When heavy rains flooded the alternative roads, travelers were delayed by half a day or more.

The governorate funded the bridge from its share of oil sales, at a cost of more than $2.4 million.

The divvying up of national oil sales, adopted as one of the outcomes of the National Dialogue Conference during Yemen’s post-Arab Spring political transition, has been implemented only in the governorates of Marib, Hadramout, Al-Mahra and now Shabwa. 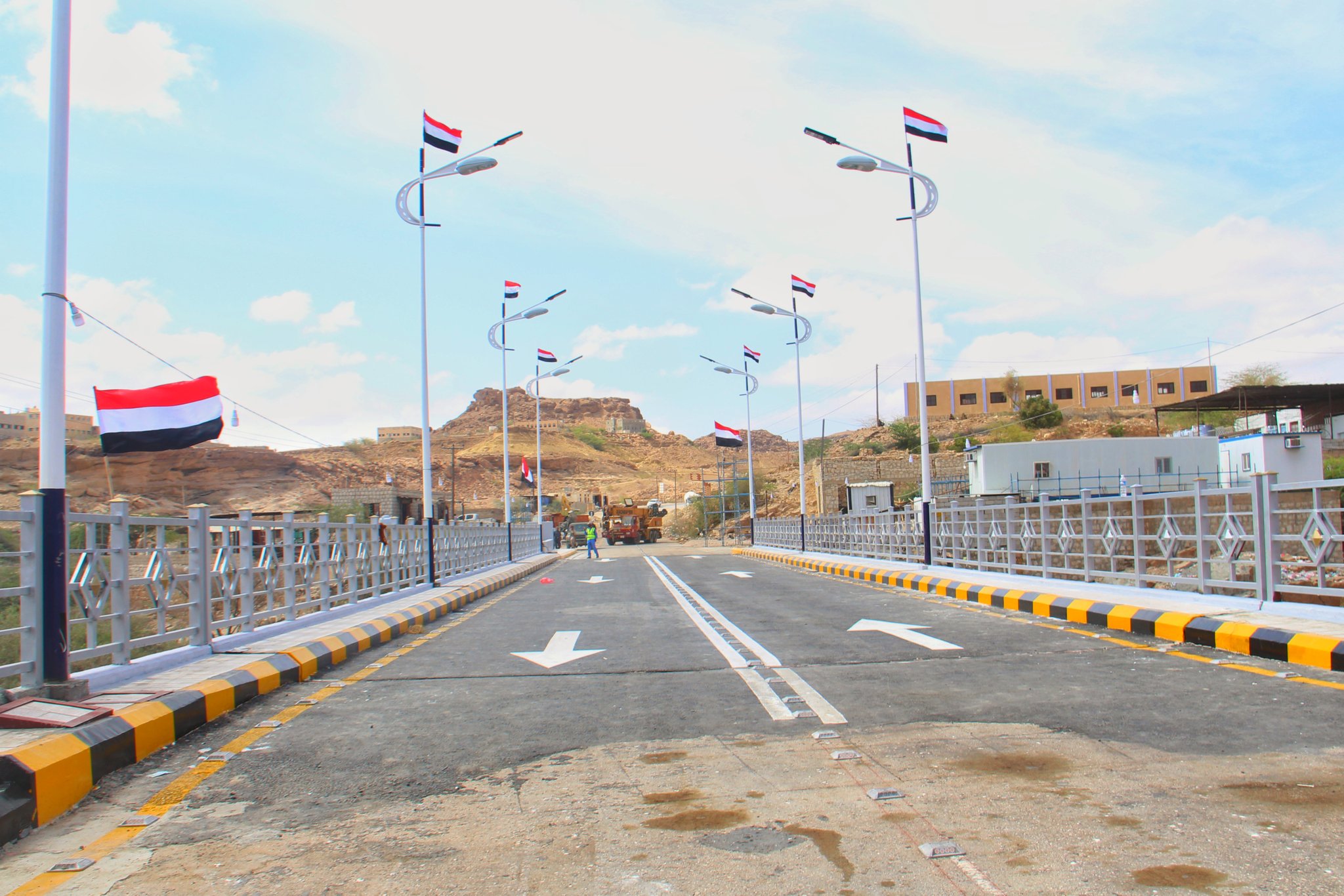