At a match in Taiz, hundreds of spectators gathered in Martyr’s Stadium, less than 2 km from the frontline, and well within range of artillery shells

Undeterred by war, Yemen’s football league is witnessing a revival

The conflict in Yemen has divided countless families and communities, and given momentum to a range of groups calling for separation or greater regional autonomy. As the fighting continues to drag on, fears remain that sectarian ideologies are becoming more ingrained, and that the fabric of Yemeni society has unraveled to the extent that will continue long into any post-war period. Yet between neighborhoods, and even across frontlines, small acts of unity and peace are helping to counter the social destruction caused by the war.

“When Yemen’s national team plays a match you will find all the rivals and adversaries supporting them, and following and praying for them – even the soldiers in the battlefronts – despite their different convictions and affiliations,” said Nayef Al-Bakri, minister of youth and sport in Yemen’s internationally recognized government.

The national team has remained active abroad, despite severe difficulties faced in-country. In late 2019, a string of impressive showings by Yemen’s Doha-based national youth team was met with jubilation across the country. In a victory lap that took the national team to the Saudi capital of Riyadh, as well as Marib, Sana’a, and various other Yemeni cities and towns, the young players were celebrated as a victory for Yemen – not for any one side. The local league, however, was completely dismantled early in the conflict, as the fighting spread to most governorates.

Yet although the conflict continues to rage, a degree of normalcy has returned and many local teams have resumed playing. In January 2020, footballers from around the country travelled to Seiyun, Hadhramout, to take part in a nationwide tournament organized by the Yemeni Football Association. Held at Seiyun’s picturesque Olympic Stadium from Jan. 12 to 24, teams from across the country are competing–including several clubs that have crossed the frontlines from Houthi-controlled territory. 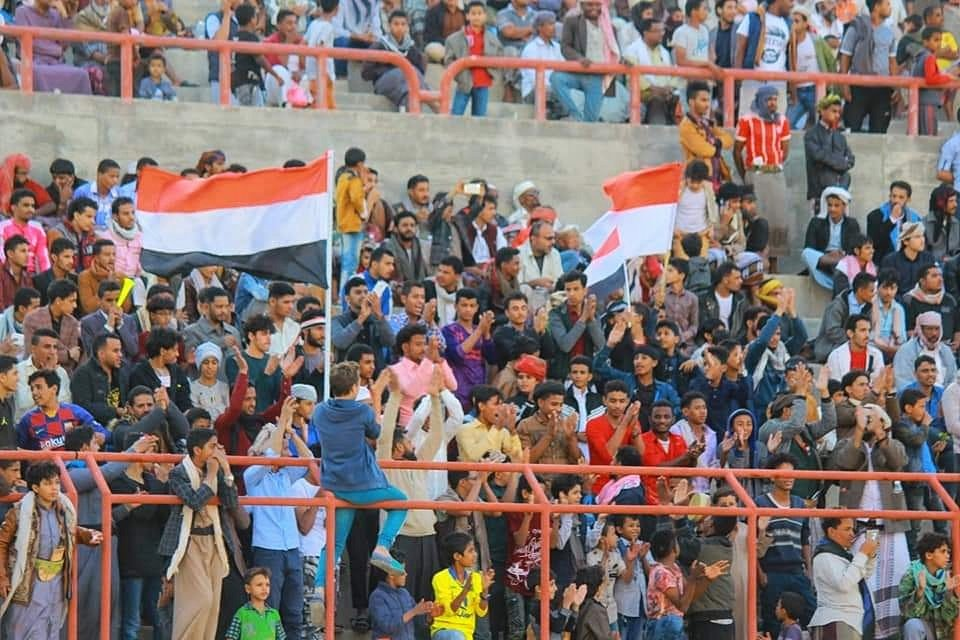 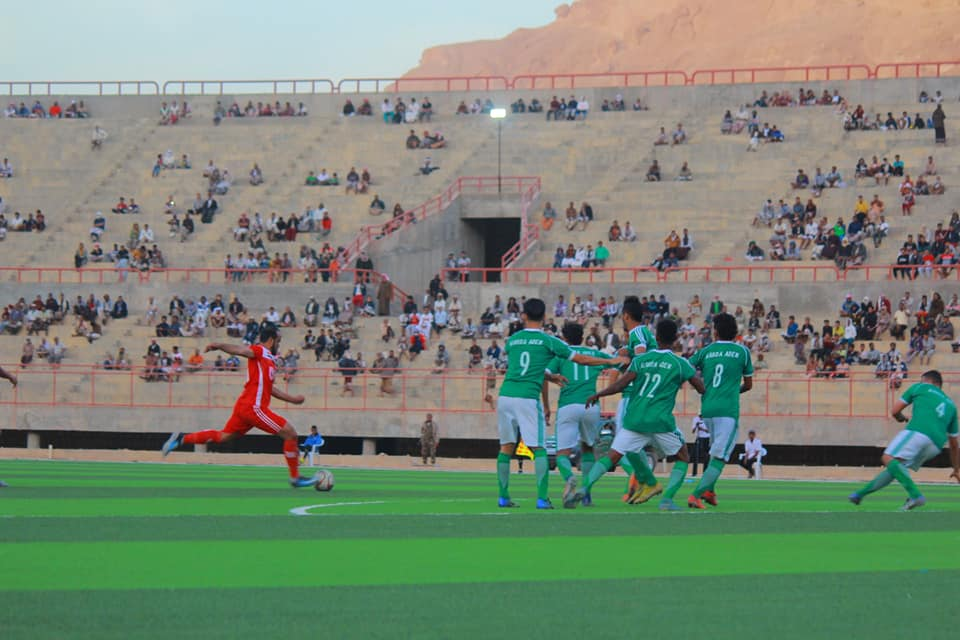 It’s the first time in four years the tournament has been held, according to Al-Bakri, whose ministry provided support to all the participating teams. A total of 34 teams in Yemen’s premier football league competed to take part in the tournament, with eight qualifying, he told Almasdar Online. The eight teams playing in Seiyun include two from the capital Sana’a, two from the interim capital Aden, and one team from each of the governorates of Hadhramout, Taiz, Ibb, and Hodeidah.

More broadly, the Ministry of Youth and Sport supported 97 Yemeni clubs throughout 2019–not only in major government-controlled cities but in rural areas on both sides of the Houthi-government frontlines. “The clubs are from various governorates of Yemen, from Sa’ada to Al-Mahrah, and from Hodeidah to Hadramout,” he said.

“Given the Yemeni Football Association still remains present in Sana’a, we deal with them and all Yemeni sports federations and the Olympic Commission,” said Al-Bakri, who is based in Riyadh. His counterpart in the Houthi-controlled government, Hassan Zaid, is based in Sana’a but his authority is not recognized by international authorities. “We try to distance sports from politics,” Al-Bakri said.

Hadhramout is one of the few governorates that has not witnessed intense conflict during the ongoing war. Seiyun, located in central Hadhramout, has become an important bastion of stability for many Yemenis. Seiyun International Airport is one of only two functioning civilian airports in the country, and in April 2019 the internationally recognized government held its first session of parliament in Seiyun for the first time in four years.

Many other football clubs have resumed their activities much closer to harm’s way, however.

In Taiz City, which remains almost entirely besieged by the Houthis, the local league has started to reestablish itself. Another football tournament is ongoing–this time between teams inside Taiz. At a match in late December between Ahli Taiz and the Al-Taleea club, hundreds of spectators gathered in Martyr’s Stadium, a major pitch in the city’s downtown. The frontline is less than 2 kilometers from the field, and well within range of artillery shells.

Ayman Al-Mekhlafi, director of the Ministry of Youth and Sport office in Taiz, said football–and to a lesser extent other sports–is growing in Taiz following years of fighting and insecurity in the city. “Football today is witnessing a great improvement in Taiz after organizing dozens of activities and popular matches,” he said. “We succeeded in organizing a local football league for the clubs of the governorate, and it has achieved great success at the level of competition between clubs and the large public attendance, which confirmed the return of enthusiasm and enjoyment to the game of football in Taiz.”

Al-Mekhlafi noted the dangers posed by playing so close to the frontline, but said it does not prevent people from attending matches and encouraging their local teams. “Certainly, sports play a big role in society and have a positive effect,” he said. “This was reflected in the mass attendance during the tournaments in the governorate, particularly the football matches in Martyr’s Stadium.”

Taiz is the first governorate to hold a tournament at this level, he said, pointing out that it was achieved despite one of the worst humanitarian situations in the country, and an ongoing siege. When interviewed in mid-January, the Queen Belquis League for Taiz Governorate Clubs was ongoing, which includes the local teams Al-Saqr, Al-Rasheed, Al-Taleea, Al-Seha, Al-Siham, and Al-Ahly, the latter of which is also playing in Seiyun tournament with clubs from other governorates.

Though football is certainly the most popular sport in Yemen, Al-Mekhlafi said that sports clubs in Taiz have participated in national championships in many games, including handball and athletics, in both Aden and Seiyun. “Sports create a different environment for the citizens in Taiz, which takes them away from the war and siege and gives them some amusement and happiness.”

Al-Bakri, the minister of youth and sport, echoed this sentiment, explaining that at the national level, all Yemenis continue to participate as one unified team, whether in football, basketball, volleyball, chess, karate, or boxing. “You find players from Sana’a and others from Dhamar, Aden, Hodeidah, or Taiz in the same team,” he said. “We must preserve this achievement because sports are the last thing that remains for us as a source of happiness and unification of the people, and this is a clear evidence that sport is above all.”

“Sports are a constant source of happiness and joy, therefore, we hope that sport will remain a sublime message; a message of love and peace,” he said.