"We have seen what men with guns have done to our country,” Luqman says of her goal to improve diplomacy by creating genuine diversity. ”It is time to make the peace process more inclusive.”

An interview with Muna Luqman: Yemenia founder, activist and champion of women

We are sitting at the Ivy brasserie in West London’s St. John’s Wood. Muna Luqman is dressed in an elegant headscarf and a T-shirt which reads, “Have courage and be kind,” a message which anchors our conversation.

"We have seen what men with guns have done to our country,” she says of her goal to improve the success rate of diplomacy by creating genuine diversity. ”It is time to make the peace process more inclusive.”

Luqman is in London for a two-day workshop with international women peace builders hosted by the UK’s Foreign and Commonwealth officials and the International Civil Society Action Network (ICAN).

She is the founder of Food4Humanity, a charity that has been providing emergency relief and livelihood programs in Yemen since 2015. She is also the co-founder of Women Solidarity Network, a global organization encouraging women to participate in peace and security efforts. In addition to her 25 years of humanitarian work, she has also worked as an advisor to the Taiz Governor, Shawqi Hail. She champions several human rights issues. Key among them is the inclusion of 50 percent women in Yemen’s peace process, a topic on which she briefed the UN Security Council (UNSC) in New York last year.

Her belief that “women make better peace mediators” stems from her work on the ground with women and young girls who are disproportionately affected by the war, denied education, forced into early marriage and have to shoulder the burden of domestic responsibilities. In contrast with men, their diplomatic skills are less likely to be undermined by ego, pride, ambition or aggression.

Yemen has continuously ranked at the bottom of gender equality, and the five-year war has only widened this gap.

“The UN, the government, warring parties, and the international community are all wasting time and resources by excluding the women,” says Luqman. For her, the failure of the Stockholm Agreement illustrates the consequences of leaving women out of the discussion.

The agreement, signed in December 2018 between Yemen’s internationally recognized government and the Houthis, negotiated a ceasefire in the Red Sea city of Hodeidah (through which 80 percent of Yemen’s food, fuel and and humanitarian aid arrive), a prisoner swap, and humanitarian aid access to the besieged city of Taiz in southwest Yemen.

Yemen’s Information Minister Muammar Al-Eryani recently criticized the UN mission for failing to get the Houthis to fulfill any of their  obligations in the agreement, despite having a budget of $56 million.

But Luqman believes part of the blame lies with the UN Special Envoy for Yemen Martin Griffiths for not exerting enough pressure on the political parties to let women in.

She explains that the women who were present during the peace process were invisible. “They were used to tick the boxes of the UN envoy but didn’t know any part of the agreement,” she said, adding, "Women need to be at the negotiating table where decisions and agreements are made. They have the knowledge and are experts."

Luqman says women reflect other perspectives of community-sharing and state-building, while the male-dominated warring parties do not. “They just talk about power-sharing and that’s it.” In addition, she pointed out that the Stockholm Agreement focused on Hodeidah while ignoring the two political time bombs in Aden and Taiz, she said.

There was only one line in the agreement on Taiz. It promised that a committee would be established  to open humanitarian corridors. “The committee was never established, meetings were not convened, a year later nothing happened.”

Since 2018, Yemen’s humanitarian crisis, which the UN has described as the world’s worst, remains unchanged. Nearly 80 percent of the more than 28 million people are reliant on humanitarian assistance without which they would face starvation. Luqman holds both the Saudi-led coalition and Houthis responsible for taking the country to the brink of famine.

“We are the only country where all the parties to the conflict have used food as a weapon of war,” she says.

Images of Yemen’s starving children can be likened to the Holodomor man-made famine in Ukraine in 1932, where Joseph Stalin’s communist regime used food as a weapon to punish Ukrainians seeking independence.

When the fighting escalated in Taiz in 2015, and the former capital was besieged, Luqman evacuated orphans from bombed-out shelters and delivered food and water in the absence of international organizations. 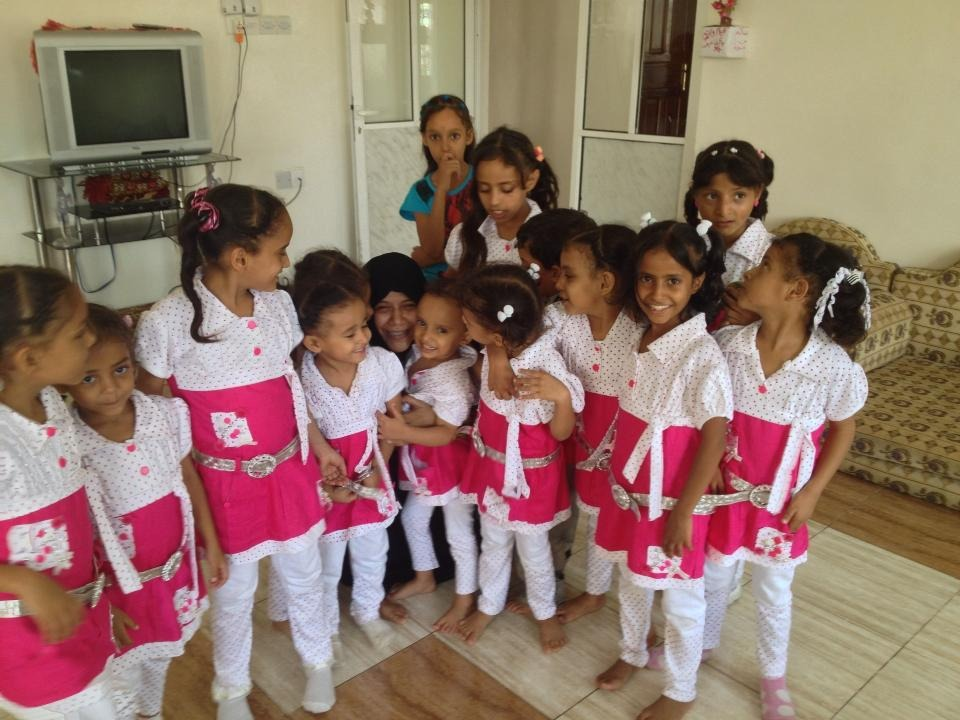 Taiz, with nearly 1 million people, was abandoned by aid groups from the beginning of the war as Houthis obstructed entry, she says. “The aid groups never came in directly, except for the International Committee of the Red Cross, and some who were working in remote areas.”

As a female founder in a patriarchal society and a leader of a grassroots organization, her journey has been far from easy, often riddled with obstacles.

Luqman points out that as a local charity you have to have at least $200,000 to $300,000 in your annual budget to be a part of the United Nations Office for the Coordination of Humanitarian Affairs (UNOCHA) network. “This automatically excludes all of us. There are lots of other conditions, no flexible funding, and you have to be working in certain areas.”

Last month, she was unsurprised by the Houthis’ theft of 120 metric tons of lentils from the World Food Programme’s (WFP) Hajjah facility, carried out in the same governorate the UN documented as one of the most food insecure areas in Yemen’s northern Red Sea coast.

“(Houthis) have used (food aid) to divide the society, and to lure child soldiers and fighters,” she adds.

The Houthis, who swept into the capital Sana’a in late 2014 and took control of most of Yemen’s northern highlands, have persistently obstructed aid delivery, diverted supplies to their loyalists, imposed arbitrary taxes and resisted the use of the UN’s biometric technology that is designed to ensure food reaches the intended recipients.

“As much as we really want the Houthis to not have control over the humanitarian aid, the aid groups don’t have a concrete strategy to get the food to remote areas in Yemen,” she argues.

Her solution is straightforward. “Aid should go through the south. We have the port (Aden) there, we have the government there, why is a majority of the aid going through the north? They know there is corruption in that part of the country.”

At the same time Luqman is grateful that the WFP was one of the few organizations to recognize there was a problem, even if it took several years to highlight.

“The Houthis thought the international aid groups would be forever under their thumb. This proves exactly how the UN body must unify against all violators, not only the Houthis,” she emphasized.

While international donors decide on next steps, U.S. Secretary of State Mike Pompeo is pushing the UN to freeze aid deliveries in the face of ongoing Houthi obstructions. The Department for International Development (DFID) says it will not sever nearly $250 million as there is no evidence yet to suggest that UK aid has been diverted to the Houthis.

Amid the world's worst humanitarian crisis, Luqman is thankful she can do her bit by opening schools, encouraging local women to become self-sustainable, and providing livelihood programs with the support of international groups and the Yemeni women diaspora. 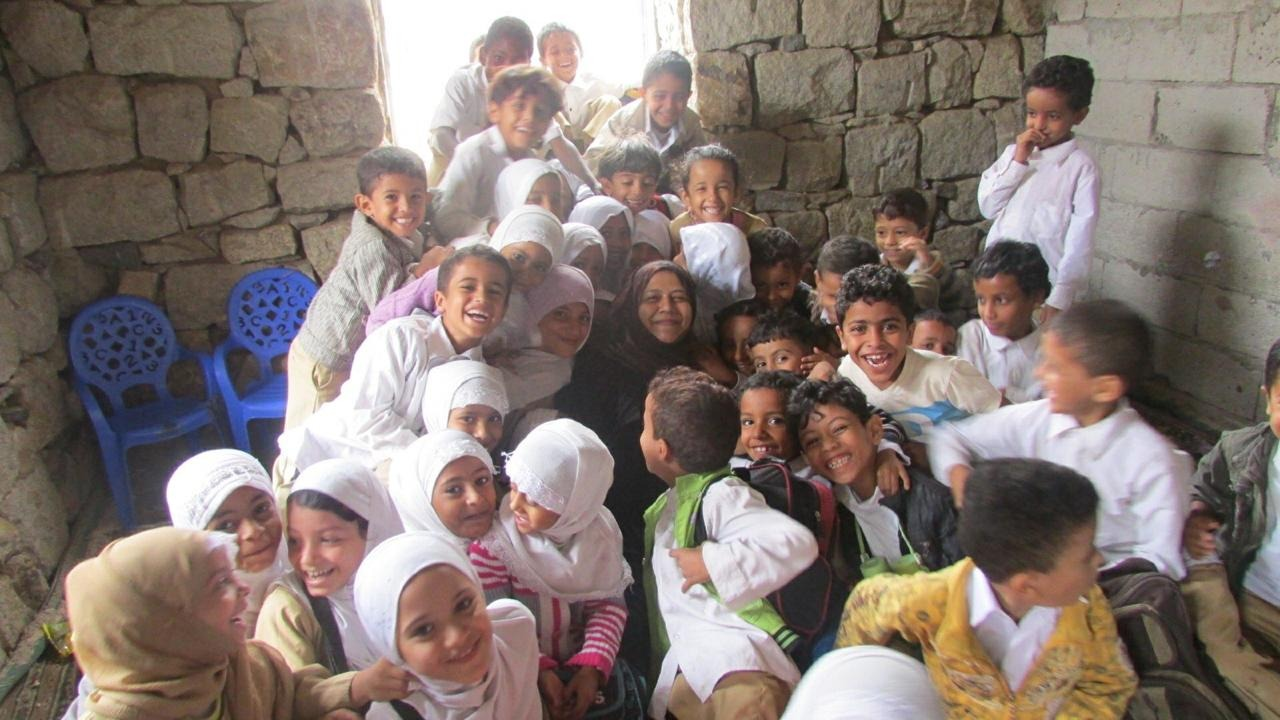 In 2018, she partnered with global women’s rights organization MADRE and raised funds to repair a water station in the remote area of Al Haymatain in Taiz. In the process, she brought together volunteers, locals and tribal leaders to resolve a water conflict.

“10,000 families in nine villages in Taiz were better off,” she says, adding that domestic violence in homes had reduced significantly.

Such initiatives give her hope for Yemen.

“I saw young women, aged 14 and 15 implement projects to such a high standard with a beautiful spirit and passion that I have not even seen from older people.”

Editor's note: An earlier version of this story misquoted Luqman in paragraphs five (Luqman said "likely," not "unlikely") and 11 (Luqman said that women were not given access to know details of the peace process; not that they lacked knowledge of it.