Meanwhile, a Houthi spokesman said the continued Saudi-led coalition siege is not conducive to a ceasefire

The UN Envoy to Yemen Martin Griffiths revealed on Thursday that his office had sent a comprehensive initiative to end the war to the government of Yemen and the Houthis in late March. On Friday, Giffith’s office released a second statement, announcing that they had submitted a revised initiative to the two parties following their feedback on the original document.

The announcement followed the UN Secretary-General’s call for a ceasefire, which resulted in a unilateral two-week ceasefire announcement by the Saudi-led coalition that began on Thursday. On Friday, the country’s first confirmed COVID-19 case was revealed in the coastal city of Al-Sheher in Yemen's eastern Hadhramout governorate.

The UN peace initiative, according to the statement, called for a “national-wide and accountable ceasefire agreement,” as well as economic and humanitarian measures and a commitment to resume the political process. The initiative also aimed to support joint efforts between the conflicts’ parties and the UN Humanitarian Coordinator to combat a COVID-19 outbreak in Yemen.

"I urge the parties to accept these proposed agreements without delay and begin working together through a formal political process to comprehensively end the war. The international community stands ready to provide support and assurances to the process,” Griffiths said in the statement.

“I hope the parties will heed these demands and demonstrate the leadership Yemen needs at this critical time,” he added.

The European union also welcomed the announced ceasefire on Thursday.

EU High Representative Josep Borrell said in a statement, "The flow of commercial goods, particularly medicines, as well as humanitarian assistance, must continue unhindered and reach those in need at this critical time."

"[The] Coronavirus pandemic knows no boundaries and does not differentiate between friend and opponent," he added. “The impact of the pandemic on a country torn by six years of war can be catastrophic."

Despite the ceasefire announcement by the Saudi-led coalition, attacks continued Thursday by the Houthis in central and west Yemen. The rebels say they will not abide by a ceasefire until the coalition lifts a years-long siege it has imposed on the country. Mohammed Al-Bukhaiti, a Houthi spokesman, told Al-Jazeera on Thursday that the coalition’s continued siege of Yemen is not conducive to a ceasefire.

"We will continue to fight and target their military installations and industrial sites since they continue with the siege. So we don't consider it to be a ceasefire," he told Al-Jazeera.

"There has to be [a] total end of the siege or else the war will continue."

Hours after the coalition ceasefire came into effect on Wednesday, the Houthis fired a ballistic missile at residential neighborhoods in central Marib governorate, while launching heavy attacks on liberated areas of the west coast, in the towns of Hays and Al-Duraihimi in Hodeidah governorate.

The Houthis also heavily shelled army and resistance forces at the bottom of Tharrah hill in the Lawdar district of Abyan governorate in southern Yemen.

A government field commander on the Tharah hill front told Almasdar Online that the Houthis fired 20 mortar shells from their position at the top of the hill in the Mukayras district of Al-Baydha governorate. The explosives landed in various areas controlled by government-aligned troops. 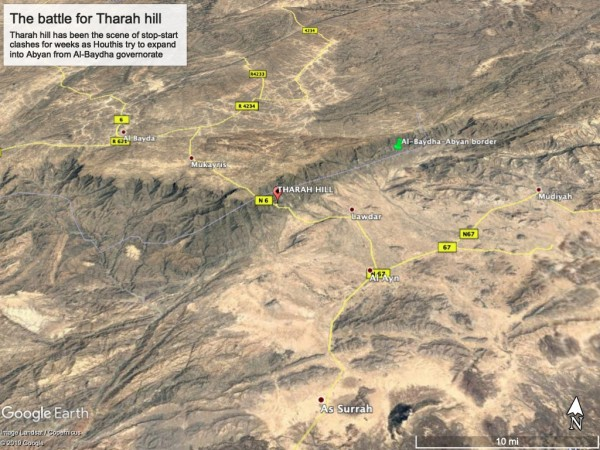 Houthi Ministry of Health: COVID-19 could infect 28 million Yemenis As Yemen braces for COVID-19, China calls for release of prisoners