The report was issued the same day the Houthis announced the first confirmed case of coronavirus in Sana’a, whom they identified as a Somali migrant

A report issued on Tuesday by the Houthi-controlled National Center for Health Laboratories documented four confirmed cases of coronavirus in Sana’a and Ibb governorates. Instead of announcing all known cases on Tuesday, the Houthis instead announced just one, that of a Somali national found dead in a hotel. It is unclear if the Somali national was one of the four confirmed cases documented in the report, as all names were redacted.

The report (see image below) lends credibility to Houthi critics who have accused the group of cherry-picking an African migrant as the first confirmed case in order to deflect blame from the group’s handling of the crisis and onto migrants. Reports of mysterious illnesses and deaths of patients with COVID-19 symptoms have been swirling in the capital for weeks.

The Houthi-controlled Health Ministry and Epidemiological Committee have not issued any official statements of the four confirmed cases since the report’s release on Tuesday. Houthi Health Minister Taha Al-Mutawakel said on Tuesday that panic and fear and media exaggeration were the cause of the coronavirus outbreak and rapid spread in Western countries.

The report, seen by Almasdar Online, said three of those patients are at Kuwait Hospital in Sana'a, and the fourth patient is at Jeblah Hospital in Ibb. The three cases documented by the National Center for Health Laboratories in Sana’a are men between the ages of 35 and 40, while the Ibb patient is a woman whose age was undisclosed.

Two World Health Organization (WHO) employees, who were not authorized to speak with the press, told Almasdar Online last week that there were coronavirus cases in Sana’a and that Houthi gunmen put a family in quarantine for two weeks following their return to Sana’a from Aden. Two of those family members were confirmed to have the virus, the WHO sources said.

On Wednesday, the technical director of the Houthi-controlled University of Science and Technology Hospital in Sana'a announced on his Facebook page that "the situation is out of control due to the outbreak of coronavirus in [Sana’a].” His facebook account was deactivated shortly thereafter.

On Wednesday, the Houthis announced a complete lockdown of 11 neighborhoods in 10 districts in Sana’a for 24 hours, as part of precautionary measures to stop the spread of coronavirus. 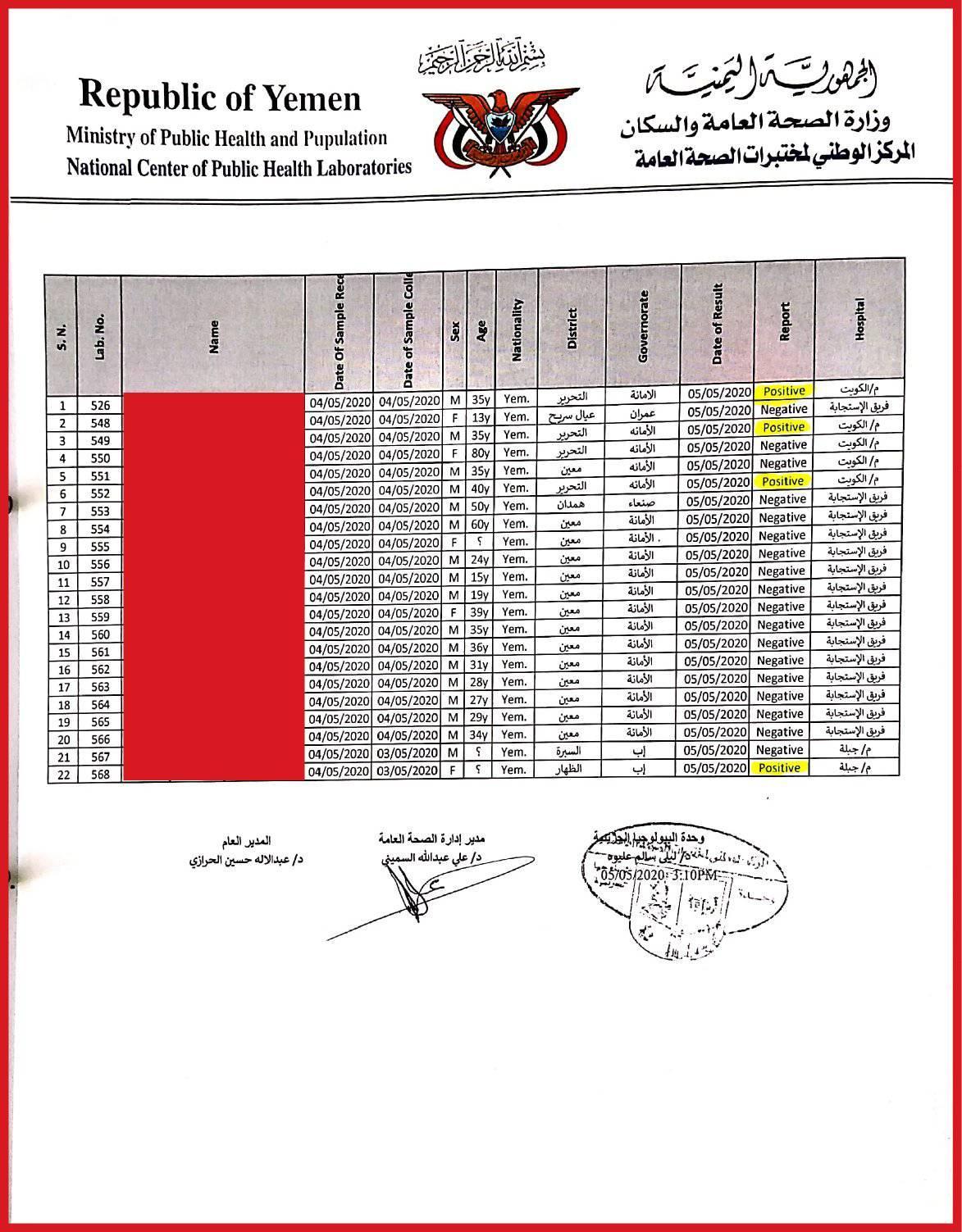 40 patients with COVID-19 symptoms die in Aden on Tuesday

War economy flourishing behind the walls of Houthis detention centers