Lebanon needs to free its economy from international lenders

More than one million people took to the streets of Lebanon last week in protest against the government's mishandling of the economy. They continue to occupy the streets, and a mass strike has spread across the country. The protesters are calling for the resignation of the entire government.

Among the revolutionary slogans being chanted by the protesters is: "All of them means all of them." It reflects the widespread belief that no political leader is innocent and every single one needs to be held accountable. But if the Lebanese want to hold to account all those responsible for the country's problems, they would also need to take on "international lenders".

On Monday, Prime Minister Saad Hariri proposed a wide set of financial reforms in an effort, at least in part, to appease the protesters. People outright rejected the prime minister's proposal because they have been listening to the same promises of reform for 30 years and in the past similar efforts have only made the political elite richer and income inequality greater.

The protesters' snub of his reform package, however, is likely not a major concern for Hariri. The prime minister's main goal in announcing the reform agenda, as he himself admitted, was to appease "international lenders". Hariri was trying to convince them to unlock billions pledged at a donor conference in Paris last April.

At that donor conference, the Conference for Economic Development and Reform through Enterprise (CEDRE), a mix of international institutions and countries such as France, Germany and Saudi Arabia pledged to give Lebanon $11bn in loans and grants, but only if it implements certain reforms. The conditions that are tied to the money include a commitment to direct $7bn towards privatising government assets and common property as well as austerity measures such as raising taxes, cutting public sector wages and reducing social services.

The main problem with the CEDRE proposal is that it gives international lenders, especially France and the World Bank, a significant amount of power over political and economic life in Lebanon.

In March 2019, Hariri met with French President Emmanuel Macron and agreed to a binding "roadmap" on how to implement CEDRE conditions. France has taken the lead in monitoring the reforms in Lebanon and, along with all other donors, it retains the ability to withhold funds at any point. As a result, Lebanon's economic agenda is now focused on three things: austerity, foreign investment and privatisation.

As we have seen all over the world, these types of economic policies are destructive and do not reduce income equality or lift the masses out of poverty. But the people in Lebanon have other options.

The ongoing uprising reflects the Lebanese people's desire to regain the power to control their own lives. Regardless of who leads Lebanon after this uprising, if CEDRE loans and conditions remain, Lebanon's political and economic future will still be under the control of international lenders. It is like an invisible chain that restrains the possibility for real change. This past Tuesday, for example, France told Lebanon that it was obliged to stay on the agreed course despite the unprecedented popular uprising.

In April, members of the Lebanese parliament argued among themselves about how best to meet CEDRE's contractual demands and implement austerity measures. Minister Gebran Bassil even considered going after the pensions of retired public sector workers and military officers, leading to protests in the streets, to please lenders.

The currency crisis that everyone expected all summer hit in late September. President Michel Aoun and others brought lawsuits against local journalists and international publications like The Economist claiming that they "scared away international investment" by reporting on the crisis. Like we saw recently in Greece and other places, all this manoeuvring by Lebanese politicians served international financiers on the backs of the vulnerable and the poor.

One reason international institutions and governments are keen to lend and donate money is that they want to create jobs in Lebanon, particularly for the large number of Syrian refugees that are currently residing in the country. Their theory is that providing new jobs for both the Lebanese and the refugees would establish social stability in the country and encourage economic growth. However, it remains unclear how this programme of austerity, foreign investment and privatisation would lead to more people earning a living wage.

Moreover, the lenders' primary goal of achieving more economic growth entirely misses the point. Lebanon's underlying problem is not a lack of economic growth but profound economic inequality and political illegitimacy. Even if the Lebanese economy was to grow as a result of these measures, nothing guarantees that this growth would not yet again only benefit the rich.

Another reason why countries like France give conditional loans to countries like Lebanon is that they believe such loans would provide business opportunities for their own companies. In other words, they lend money to Lebanon so that their investors can buy Lebanese assets.

For example, Hariri's reform package includes the privatisation of the telecom sector. Mobile phone fees in Lebanon are indeed some of the highest in the world. Even though this is a huge strain on the people, it is also a significant source of revenue for the government.

Considering that Lebanon has the third-highest amount of public debt in the world, every source of public revenue counts. If the telecom sector is privatised and sold to a French or German company, telecom profits would exit the Lebanese economy - with no assurance that mobile phone bills would go down significantly for users.

The Lebanese government's proposal to tax everyday aspects of life, like cigarettes and WhatsApp phone calls, was what triggered the uprising. People felt like the political establishment was reaching into their pockets to steal the little money they have left in order to meet the demands of international donors. Similarly, when public transit prices were raised in Chile last week, people took to the streets chanting "It's not for 30 pesos, it's for 30 years."

There is no doubt that if political leaders were accountable to the people, and not to the international organisations and foreign donors, we would be experiencing a fundamentally different reality in which the primary concern of any given government is the people's prosperity. Lebanon today has an opportunity to lead by example and start creating a political-economic system that empowers and serves all the people. 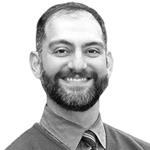 Michael Fakhri is an Associate Professor in International Law at the University of Oregon.