The views and opinions in this section are those of the authors and do not necessarily reflect the Almasdar Online's policy or position.

As soon as the Iranian-backed Houthi rebels took over the capital of Yemen six years ago, the UN and the world’s mass media headlines visualized Yemen as the worst and largest humanitarian crisis in the world since the Second World War. Ten million people are on the brink of famine and 80 percent of the population of 30 million are in need of aid. More than three million people have been displaced, cholera epidemics have killed hundreds, and at least 2.2 million children under five years old suffer from severe malnutrition.

International media and researchers have largely portrayed this crisis as resulting from the siege on Yemen by the Saudi-UAE coalition, being blind to the new wealth distribution of the Houthis and the flourishing real estate market in Sana’a. This in a country that cannot produce any of the real estate supply materials needed to build these modern luxury villas. Now, everything can be found in Sana’a, including Lamborghini cars.

This essay addresses the corruption and obstructions exposed recently surrounding the UN’s massive aid program in Yemen, totalling $8.35 billion dollars since 2015. It questions the six-year silence of UN agencies regarding the corruption of aid and the prevention of aid distribution and access, despite the early alarms and articles in Yemeni media outlets and public statements of condemnation from civil society groups, including campaigns calling for action, accountability and transparency.

The flagging of significant obstacles, restrictions and challenges by the Houthis began just after the Stockholm Consultations. The UN-led consultation process aimed to provide safe corridors to access aid after the escalation of fighting in Hodeidah. It apparently had a hidden aim because Hodeidah was not the main port for receiving goods, according to the UN Security Council Panel of Experts report of the 27th of January 2019. This consultation process stopped the Yemeni government forces from their advancement to rescue 30 million people being kept hostage. As far as we can tell, the Stockholm Agreement gave the Houthis the opportunity to reshape their forces.

Just after the Stockholm Agreement was reached in December 2018, the World Food Programme’s executive director, David Beasley, appeared in the media and exposed the criminal actions of the Houthis. He accused the Houthis of stealing “from the mouths of hungry people,” adding that “at a time when children are dying in Yemen because they haven't enough food to eat, that is an outrage." According to Beasley, 60 percent of the beneficiaries at seven centres in Sanaa confirmed they had not received any assistance they were supposed to receive from UN aid. Following this headline, other news stories came out saying that the Houthis were creating obstacles for the aid programs, blocking access to silos in Hodeidah that could feed 3.7 million people for one month, by shelling and planting landmines inside these silos.

Two months later, however, the international community and media put the issue back on mute, with no serious actions nor sharp statements condemning the Houthis. There was no pressuring them for accountability and respect for international humanitarian laws, nor enforcing the Stockholm Agreement. On the contrary, in May 2019, the United Nations Development Programme (UNDP) granted 20 Hilux armoured vehicles to the Yemen Executive Action Centre (YEMAC), a militant-controlled agency, to support its purported demining efforts in Hodeidah. However, the Houthis proudly used the vehicles in the military march in the city the following days, and the landmines were never removed.

Tensions between the Houthis and donors escalated again in February 2019, but remained low until the release of the UN Panel of Experts Report on 27th of January 2020. The report exposed an extensive list of humanitarian violations carried out by the Houthis, including violations against women. It described their deep and widespread intelligence systems and a unit involved in the repression and abuse of women who oppose them. Furthermore, it describes a paralysed and corrupt aid system in Houthi-controlled areas. The rebels are arresting and intimidating an increasing number of aid workers in Yemen, in addition to putting up bureaucratic obstacles that obstruct the distribution of humanitarian assistance. “the issue of the manipulation of beneficiary lists and/or pressure to share these lists is of particular concern, and cases involving the use of violence and coercion at aid distribution points have increased in 2019”, the report stated.

Subsequently, on 12 February 2020, the US and the UK threatened to cut aid to Yemen due to fraud and obstruction by the Houthis. On 13 February 2020 Brussels hosted meetings among the EU and Sweden. This came after various UN aid agencies and high-level UN officials had been negotiating with the rebel group’s aid coordination wing, SCMCHA, over these obstacles and other issues for more than a year, including to drop the Houthi’s demand for a 2 percent cut of all donated funds, but failed to make significant progress.

On 18 February 2020, during the Security Council meeting, a number of permanent delegates expressed their widespread condemnation of the Houthi violations committed in the areas under their control. The UN humanitarian affairs chief, Mark Lowcock, stressed that humanitarian relief work faces many obstacles in the areas controlled by the Houthi militias.

The following day, on 19 February 2020, an Associated Press report exposed the extent of the manipulation, humanitarian crimes and violations carried out by the Houthis, which were kept in silence by the UN agencies.

The AP report revealed that the Houthis’ demands have long provoked concern among aid agencies over the rebels’ diversion of humanitarian funds and supplies to their own or their supporters’ pockets or towards their war effort.

“Not even a simple project can be carried out in northern Yemen without the consent and supervision of this body,” said the director of a local Yemeni aid organization to the author. Nearly 300,000 pregnant and nursing mothers and children under 5 haven’t received nutrition supplements for more than six months because the Houthis “held beneficiaries hostage to the 2 percent” demand, another UN official said. In another example, Houthi authorities for months delayed issuing permission to distribute 2,000 tons of food in the district of Aslam, where the Associated Press previously found starving villagers reduced to eating boiled leaves. When approval came in November, the food had spoiled “beyond the point of salvage,” another aid official said.

The list of incidents goes on and on. For example, the recent distribution of 100 ambulance vehicles to the Houthis without the slightest guarantee that they will not use them in their military operations at the frontlines and in their new military expansions. Furthermore, in some cases people complained that expired or rotten aid was distributed.

The corruption, confiscation and diversion of aid that is vital for Yemeni people helped to fuel and prolong this war and provided nutrition to the Houthis rebels in the frontlines.
I urge the international community to continue to help Yemen and to roll back the tape and seriously consider moving their offices and storages to the liberated areas, as demanded in the past. This will end an improper collaboration with a group who can drag them into unfavourable violations of humanitarian laws and principles. 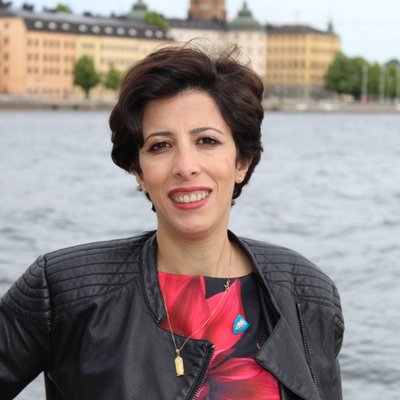