Several Houthi leaders, including Hussein Al-Ezzi, have stated their support for the Southern Transitional Council (STC) in confronting “terrorism,” a broad term that has been stretched at times to include forces belonging to the internationally recognized government. It is no secret that in every military confrontation between the government and the STC, which is backed by the UAE, we have repeatedly witnessed Houthi media align with the STC against the Yemeni government. This is not surprising, as the Houthis resort to rapprochement and sometimes temporarily alliances to get rid of their opponents, and this is the case with the STC.

The Houthis and the STC share a common enemy: both parties share hostility toward the Yemeni government and the Yemeni Congregation for Reform (Islah). This is because the internationally recognized government represents a constitutional and political framework that hinders the aspirations of both to build a different state on the basis of military power and political quotas.

The Houthis are hostile to the current form of the Yemeni state because they want a political process using political quotas that are based on regional and sectarian grounds, rather than democratic elections. The STC, in this context, sees a problem of its own, and declares its opposition to one of the pillars of the existing state: Yemen’s unity. It will not accept less than a federation guaranteeing autonomy in its areas of control. The STC demands 50 percent representation for southerners in any political agreement, which is much greater than their share of the national population (about 20 percent).

The Islah party is also a common enemy of both the Houthis and STC. The party maintains a significant presence in their areas of control, which threatens their respective tendencies to dominate and their claims for absolute regional and sectarian representation in their areas of Yemen.

In this context, both of them have drawn on old vendettas: the Houthis invoke the Sa’ada wars of 2004-2010, which they fought against the Yemeni army led by commander Ali Mohsen Al-Ahmar, who has supported Islah and is now vice president. Hussein, the son of  Sheikh Abdullah Bin Hussein Al-Ahmar who was the head of Islah, meanwhile formed tribal groups to fight against Houthis. In looking to the past the Houthis temporarily ignored the fundamental role of former President Ali Abdullah Saleh. Initially this was because of their alliance with him, and also because the Houthis do not want to create discord or cause disputes after having succeeded in attracting many of Saleh’s supporters and using them to run the state, especially since they are a faction that does not have an ideological orientation that threatens Houthis.

For its part, the STC has focused on the active participation of the Islah party in the 1994 war against the Socialist Party in the South. It temporarily ignores the actions of the southern faction that allied with the north in the war, represented by President Abdrabbuh Mansour Hadi, in order to avoid provoking discord among southerners. Nor does it focus on the fact that it was a war waged under the leadership of former President Saleh. This may be due to regional considerations, as the UAE supports the STC and followers of President Saleh, and additionally Emirati support further fuels the animosity between the STC and the Islah party.

Islah represents an ideological and political orientation that presents an obstacle to both the Houthis and STC. Although it is a party with a religious core, it has nationalist ideological features and a political character that it has acquired from decades of political experience, having been one of Yemen’s political pillars prior to the ongoing war. Ideologically, Islah naturally became an opponent of the Houthis, especially since it has a presence in Zaidi areas and the Houthis are seeking to remove all leftovers of the Sunni-Salafist tide.

The ideology of the Islah Party seems more complex to the STC, which comprises a significant number of Salafis, creating an overlap with Islah. This may cause it to be problematic, as the Salafis backing the STC do not have an organizational framework or political experience like Islah, and the STC Salafis have a regional outlook in contrast to that of Islah, which extends nationwide.

Islah also represents Yemenis from different regions, which is contrary to the aspirations of both the STC and the Houthis to divide Yemen’s regions, where both factions represent the rising of identity politics in the region and Yemen in particular.

What is remarkable here is that both deliberately mix Islah with Al-Qaeda and the Islamic State (Daesh). This strategy is simple and possible to succeed in the case of Houthis, because of the group’s sectarian nature, but the issue is more complicated in the case of the STC because of the sectarian entanglement and the religious nature of many of its Salafi elements. In other words, while the Salafi elements of both the STC and Islah condemn and in reality are opponents of Al-Qaeda and Daesh, due to their relatively closer religious proximity as Sunni adherents the line between the two is easier to blur. Regardless, both the Houthis and STC frequently target Islah under the guise of combating terrorism, a strategy both parties have also adopted to gain international and regional legitimacy.

Both sides see that the problem of the internationally recognized government is the dominance of Islah. Islahi leaders deny this accusation by saying that since the beginning of Yemen’s post-2011 transitional period Islah did not take more than four ministries, ignoring the fact that its military leaders and thousands of its recruits fill the ranks of the state military – not to mention its close relationship with Ali Mohsen. Moreover, Islahi party members fill highly influential positions, including director of the president’s office.

On the other hand, the STC and the Houthis frequently exaggerate the presence of the Islah party in order to cover its real problems with the government: the constitutional and political framework on which it is based blocks their aspirations and their desire to exclude other political groups. Both tend to take absolute control of the political sphere in their areas of control and are thus similar in their desire to divide the country regionally.

When it comes to dividing the country, the difference between them comes down to timing: it is a temporary goal for the Houthis while a permanent goal for the STC; the Houthis are an Islamic Shiite political group that aspires to higher goals, such as the liberation of Jerusalem and territorial expansion as a part of its ideology. If the regional situation shifts and the Houthis find a window of opportunity to re-invade the south, they will not hesitate to do so. For its part, the STC considers any departure from the southern territories to be an abandonment of its central idea of restoring the state of the south. Its Salafi factions initially hesitated to participate in any battles in the north, and when they accepted it was clearly to meet the demands of the coalition led by Saudi Arabia and UAE.

The Houthis, inclined to dominate without regional borders, tend to remove their rivals and opponents one at a time, by aligning with one party or ally temporarily to get rid of another. This is why the Houthis aligned with Islah in 2011 against former President Saleh, and then became closer to the Socialist party and the Southern Movement against Islah during the transitional phase, especially during the National Dialogue Conference held throughout 2013. They then formed their alliance with Saleh to undermine the transition phase and get rid of President Hadi. Their alliance further solidified in order to confront the Saudi-led coalition, but inevitably unravelled and ended with the Houthis killing Saleh on Dec. 4, 2017.

It is in this context that the Houthis – still at odds with the STC on the battlefield – are seeking rapprochement with the STC. This may amount to nothing more than coordination if needed – and if accepted by the STC. Regardless, every rapprochement or alliance in Yemen is a temporary one, and with the Houthis in particular it rarely lasts more than a short period. This is because of the group’s tendency to maintain enormous military superiority over the rest of the local forces if we exclude the factor of regional support. This relationship, if it takes shape, will be undermined by either the conflict of interests between the two parties or the elimination of common opponents, such as the fall of the internationally recognized government and the undermining of Islah’s power. That scenario would lead to a new phase in Yemen’s war, one that is based less on political parties and rooted more in sectarian and regional polarization. 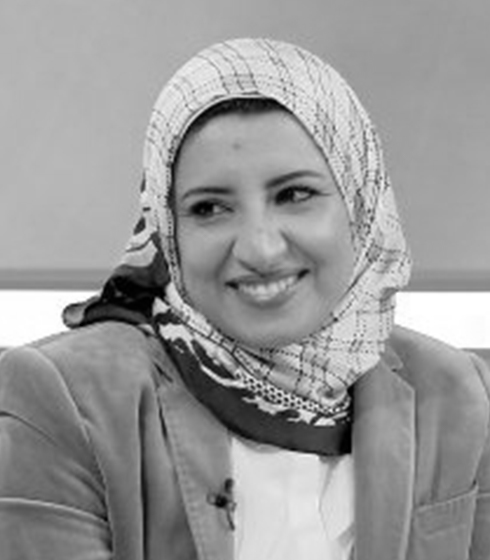 Maysaa Shuja Al-Deen is a non resident fellow at Sana’a Center for Strategic Studies. Her writing and analyses have been featured in many media outlets such as Jadaliyya, Assafir Al-Araby, Al-Araby Al-Jadeed and Al-monitor. Shuja Al-Deen holds a master’s degree in Islamic Studies from the American University in Cairo. The focus of her thesis was the Radicalization of Zaydism.