What is behind the Israeli outrage over Turkey's Syria operation?

When Turkey embarked on an offensive to drive the Kurdish Democratic Union Party (PYD) Forces back from its borders with Syria earlier this month, it faced a furious international backlash amid concerns over the threat to civilians and fears that the operation could enable the resurgence of the Islamic State of Iraq and the Levant group (ISIL, also known as ISIS). But the Turkish operation, and President Trump's decision to withdraw US troops from Syria that paved the way for it, evoked the sharpest reaction in an unlikely place: Israel.

In a matter of days, Turkey's operation became the subject that united a deeply divided country. Everyone from the grassroots supporters of the far-right to left-wing newspaper columnists and the military establishment condemned the offensive and voiced their support for the Kurds. Pundits from across the political spectrum talked of the "historical connection" between the Kurds and the Jewish people and called upon the West to support them. Ordinary Israelis tweeted under the #freekurdistan hashtag and voiced their support for the formation of an independent Kurdish entity on territories that currently belong to Turkey, Iraq, Syria and Iran. Meanwhile, dozens of Israeli military reservists signed a petition calling on the Israeli government to send not only food, clothing and medicine but also military and intelligence assistance to the Kurds.

"Israel strongly condemns the Turkish invasion of the Kurdish areas in Syria and warns against the ethnic cleansing of the Kurds by Turkey and its proxies," Netanyahu said in a tweet. "Israel is prepared to extend humanitarian assistance to the gallant Kurdish people."

So, what is behind the Israeli frenzy over an operation that, at least on paper, does not have much to do with Israel?

Trump's decision to leave Syria and allow Turkey to do as it sees fit with the Kurdish forces, who played the leading role in the fight against ISIL, touched a nerve in Israel for multiple reasons.

The US' exit from Syria left Russia as the only global power active in the country. As Russia is a long-term ally of Iran, Israel now expects Tehran to consolidate its involvement in Syria. This could eventually translate into a growing ability to transport weapons from Iran through Iraq and Syria to Hezbollah in Lebanon, which would pose a serious and immediate security threat for Israel.

Throughout the Syrian war, the Israeli air force repeatedly struck Syrian military arms convoys and Lebanon's Hezbollah. Such attacks may not be so easy to conduct under a new status quo dominated solely by Russia.

The US' exit from the region coupled with the successful ousting of the Kurdish forces from northeastern Syria also translates into an opportunity for Turkey to consolidate its position as a major force in Syria's war. From Israel's point of view this poses a security problem, because it perceives Ankara as a hostile force that supports Hamas and the Palestinian struggle. Moreover, an increasing Turkish influence over northeastern Syria would mean Israel would not be allowed to operate as freely in this strategic area near Iran's border as it could when it was under Kurdish control.

But while these are all legitimate and serious security concerns, they cannot on their own explain the unprecedented panic in Israel today. The country's extraordinary reaction to Turkey's operation against the Kurds in Syria, in fact, has a lot more to do with the US than with Iran or Turkey.

Questioning Washington's reliability
The Israelis paid close attention to the plight of the Kurds because it made them question their own place in the region and partnership with Washington.

For years, Israel's foreign policy has rested almost exclusively on the presumption that when all else fails, the US would come to the rescue. Its ironclad bond with the US has always been Israel's most effective weapon and deterrent.

Now however, in light of what happened to the Kurds, who functioned as the US' boots on the ground in the fight against ISIL, the Israelis are asking whether the same thing could happen to them one day.

No one, of course, really believes the value of the Kurdish forces in Syria was ever equal to the value of Israel in the eyes of the US. Afterall, the US has long defined Israel's survival and security as important to its own national interests. The Israeli lobby in Washington is also as strong and effective as ever. Moreover, significant forces in Congress, as well as the security, military and intelligence communities in the US, still support Israel.

But, there is now a different kind of president in the White House. Trump is erratic, impulsive and unfazed by what the establishment, the elites, the lobbies or the institutions think. He does not listen to his closest allies or advisers. He abandoned the Kurds, ignoring significant warnings from the US military and security institutions. And now, many Israelis, perhaps rightfully so, fear that he can do exactly the same to them.

Actually, for Israel, the alarm bells first started to ring weeks earlier, on September 14, when Yemen's Iran-backed Houthi rebels targeted Saudi Arabia's oil facilities. The Trump administration quickly blamed Iran for the attack, even briefly hinting at the possibility of military action against Tehran. But, eventually, the president chose to do nothing.

This sent the message to the Saudis that despite their strong partnership with the US, they would be on their own if they embark on a military confrontation with Iran. Riyadh responded by softening its stance towards Tehran and taking steps to ease tensions.

This triggered a wave of panic in Israel which cumulated in the county's extraordinary response to the news of Washington's exit from Syria and Turkey's operation against the PYD. This is why the main focus of most Israeli analysts' criticism of this latest chapter in Syria's war has been the US' "betrayal" of its allies rather than Turkey's "aggression" towards the Kurds.

A desperate prime minister
The realisation that the Trump administration could one day abandon Tel Aviv led to two major changes in Israel's political sphere.

First, those in the highest echelons of the Israeli political and military establishment started to discuss the need for an Israeli foreign policy that is independent, multilayered and not solely dependent on Washington. This could soon lead to Israel seeking new regional partnerships.

Second, Netanyahu, after two election campaigns built on a strategy of promoting his close ties to the US president, was forced to put some distance between himself and Trump.

Netanyahu did not criticise Trump or his decision to pull US troops out of Syria in his statement about the Turkish operation, but gradually stopped "name dropping" the US president in his public speeches. He even failed to show up at the UN meeting in New York, where he was expected to meet Trump for a one-on-one meeting and photo opportunity.

Trump is unlikely to abandon Israel anytime soon, but by "betraying" the Kurds he clearly created the perception in Tel Aviv that he could. This will cause new turmoil in an already volatile region, and add to the mounting troubles of the Israeli prime minister. 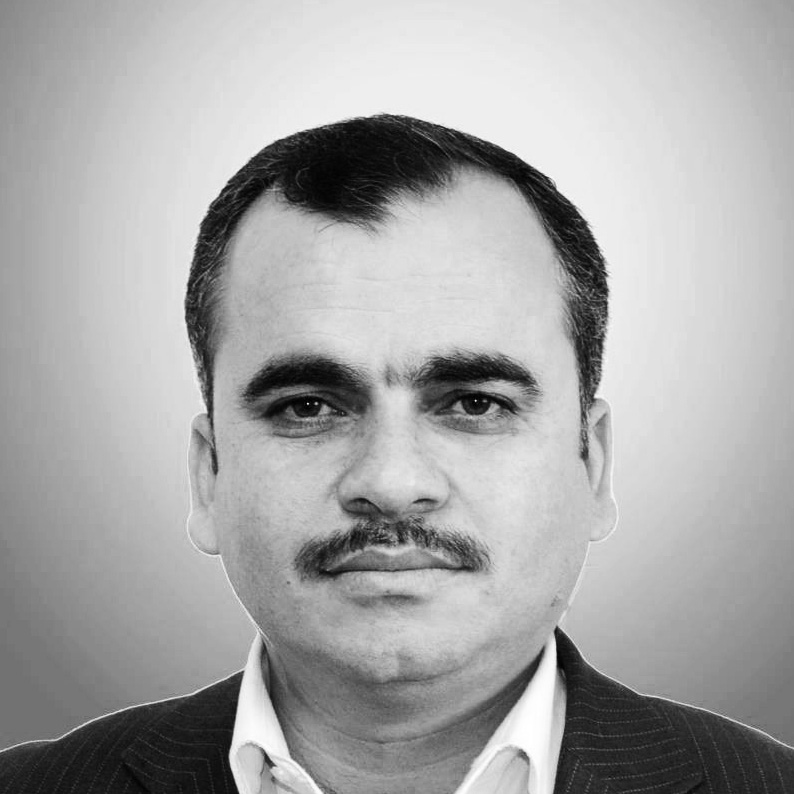 Dr Adnan Abu Amer is the head of the Political Science Department at the University of the Ummah in Gaza. He is a part-time researcher at a number of Palestinian and Arab research centers and he periodically writes for Al Jazeera, the New Arabic and the Monitor. He wrote more than 20 books on the Arab-Israeli conflict, the Palestinian resistance and Hamas.