An open mic revolution in Lebanon

As I head to a protest, dodging roadblocks by driving the wrong way on the shut down highways, I am overcome with excitement: A revolt against the politicians who rule this country is an event we have been waiting for all our lives. But there is also an awkward and somewhat uneasy feeling: where is everyone?

The streets are full of hundreds of thousands of people but the faces we are used to seeing are nowhere to be found. Anyone who has ever lived in Lebanon knows how politicians canvas our daily lives. Their posters and party logos adorn thousands of billboards on the streets; their chest pounding and finger-pointing speeches are all over television.

From early morning talk shows until the evening news, our physical landscape is completely colonised by them, their loyal pundits and the talk show hosts that welcome them with open arms on their programmes, often laughing and smiling. This has been the case for decades, not years. So much so that any average Lebanese can recognise the politicians' voices if the news is on in another room. But over the last week, that situation has changed drastically.

There are almost no politicians on TV and no news of their daily whereabouts and dramas. Instead, what we see on our screens are the voices of thousands of ordinary citizens, people we have never seen before: men and women, young and old, even children speak to the cameras to get their 30 seconds in the national spotlight.

Some Lebanese channels have decided to cede directing entirely and instead turn their programming into an open mic with virtually no censorship. For hours on end, reporters for Lebanese TV channels such as LBC, Al Jadeed and MTV stand in place at protests around the country as crowds of people swirl around them, waiting for their chance to air their grievances, sometimes grabbing the microphone.

They tell personal, often anguished stories of not being able to pay for hospital care, school tuition, telephone, electricity and water bills. They are emotional, witty, profane and often humorous, showcasing the legendary sarcasm that Lebanese rely on to cope with a highly dysfunctional state.

"The rain is a blessing," said one man as he set up a tent amid the gathering storm clouds. "I brought soap and shampoo. I can't afford to fill my water tanks at home."

Others were more serious: An older woman fainted on air while describing her inability to pay for her daughter's surgery. A young school teacher cried as she described feeling proud to be Lebanese for the first time in her life.

Many had specific questions: How much money do our politicians have in Swiss bank accounts, several asked, demanding "we want our money back!" Laid off employees of companies owned by Prime Minister Saad Hariri screamed into the microphone, claiming they had been promised compensation, but never received it.

The complaints underscore a pillar of the protestors' ire: the wide economic divide in Lebanon, where a majority of the population survives on a few hundred dollars a month, while much of Parliament is composed of millionaires. The past two prime ministers, Hariri and Najib Mikati have been billionaires. Both have amassed a fortune in the telecom industry, while Lebanese pay some of the highest phone bills on earth. The tax on WhatsApp calls, announced by the telecom minister, an heir to family-owned companies worth hundreds of millions of dollars, is what sparked the latest protests.

"Have you ever paid a phone bill or a hospital bill in your life?" several protestors asked.

Many addressed politicians by name, a taboo in Lebanon, where corruption is frequently discussed, but often in general terms. The ruling class' silence on the airwaves was interrupted by a brief, recorded speech by President Michel Aoun, who claimed he was already fighting corruption, a key demand of protestors.

"All you know how to do is employ your own family," a young man said, following the speech. The reference is to Foreign Minister Gebran Bassil, President Aoun's son-in-law, who has also served as energy and telecom minister.

Bassil has spearheaded a number of controversial infrastructure projects, and is widely mocked for his unmet promises such as a pledge to rebuild Lebanon's electricity grid and ensure 24 hour electricity by 2015, while today most neighbourhoods go dark for up to 12 hours per day.

Bassil, who once proudly proclaimed that he is a racist, has also been criticised for his treatment of refugees. He is notorious for attacking his critics, launching several defamation lawsuits against journalists and activists, despite famously tweeting that he supports free speech. For many protestors, it is payback time.

A rhyming chant cursing Bassil and his mother's vagina (the most taboo of Arabic insults) can be heard all day long at the protest space. It begins with a low hum, "he la ho, he la ho" before building to the insult, which has been blurted out frequently on live TV.

Pro-government media have tried to retaliate, painting the protesters as violent or misguided. OTV, the mouthpiece of the president's party, is also present in the crowd but its reporters are often aggressive, interrupting and arguing with interviewees. They disguise their affiliation by using a generic microphone that does not feature the channel's logo. At one point, some of the protestors ask what channel it is and the reporter says "What's it to you... we are OTV." The crowd immediately starts chanting the Bassil insults and give the cameras the middle finger. They are forced to continuously cut to the studio, where pundits do most of the talking, in an attempt to drown out the voices of protestors on the ground. Other pro-regime channels such as NBN, affiliated to the speaker of parliament, has at times completely muted the audio from live feeds, showing the protests only from a distance. But managing the message is increasingly difficult.

When a member of parliament affiliated to the president tried to address the crowds on Wednesday, protestors grabbed the microphone and shouted in his face to resign until he was forced off stage. Such scenes were unimaginable a week ago.

It is not just the president's party. A popular video circulating on social media shows a crowd of hundreds cursing the mothers of each member of parliament after their names are read over a megaphone. Many of their families have been in power for generations. Another video shows a massive crowd chanting: "Christians and Muslims together, f*** the politicians."

One of the most compelling scenes was a group of boys facing off with riot police in front of the prime minister's offices on the first night of the protests: "You are dogs because you protect dogs," they shouted, the entire scene caught on live TV.

For outsiders, this may appear crude and inappropriate. But for anyone who has endured the everyday suffering most of Lebanon's population face, it also feels empowering. Politicians, many of them former warlords, are notorious for flaunting their wealth, speeding around town in black tinted motorcades, armed bodyguards often leaning out of the window, cursing and threatening other cars that cross their path. Their children and cronies can often be seen in the latest Italian sports cars or dining at five star hotels and exclusive nightclubs as many Lebanese occupy rubbish infested ghettos, breathing in open sewers and stomach-churning landfills, dark streets, unclean tap water, choking diesel smog. The toxic environment has sent many to the hospital, but with no healthcare few can even afford treatment.

Ordinary Lebanese people are fed up and their voices are the only pressure valve. They have always cursed the elite classes privately, but never to their faces. There is a new boldness in Lebanon. It has built up not just over the last few days, but over the last several years of protests and worsening economic conditions.

It is unclear whether this uprising will achieve all or any of its many ambitious demands: a resignation of the entire government, including all the ministers and parliament, early elections, investigations into corruption, public services for all. But it will be impossible to unsay all that has been said, to unsee the determination in the streets, to unknow the public's ability to shut down an entire country, from its biggest cities to its smallest villages.

The revolt has only gone on for a little over a week, but the pain and anger fueling it has been building for months and years. For myself and many others, it has been an incredible relief not to have to hear the news of politicians, the soap opera of their daily lives: their press conferences and trips abroad, their petty squabbles and self victimisation, their patronising self-confidence, egoism and insincere promises. It has been a great relief to hear something different for a change, someone else's problems and some else's voice and to know that those voices out there, millions of them, do exist. 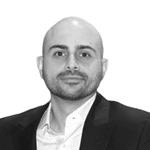 Habib Battah is an investigative journalist and founder of the news site beirutreport.com. Battah has covered Lebanon and the Middle East for over 15 years and teaches journalism and media studies at the American University of Beirut.