Ever since I started playing football as a young girl, I dreamed of making it to the Palestinian national women's football team. And I did! I made my way up through the ranks, starting on the U-16 team, and I am now a defender on the national team.

But realising my dream meant not only hard work, but also facing yet another side of Israel's oppressive military rule and system of racial discrimination.

Being an athlete in Palestine is not easy. Here, it is not possible to say the game is above politics or conflict. Here, we are surrounded by Israel's roadblocks, separation walls, segregated roads and settlements. Israel's infrastructure of occupation and apartheid is denying all Palestinians, including athletes, any freedom of movement. We are being harassed, intimidated and humiliated by Israeli forces on a regular basis. We don't have the luxury to forget about the occupation when we are on the pitch.

We are constantly subjected to humiliating searches at military checkpoints when we travel for training sessions or events. Our matches get interrupted and raided by armed soldiers. Our pitches get swallowed by ever-expanding illegal settlements and our stadiums destroyed by Israeli bombs.

Pursuing a career as an athlete in Palestine is indeed a constant struggle, as the Israeli occupation puts barriers before us at every step. That is why we expect the rest of the world, and especially sport institutions and companies, to be aware of our pain and to support us. That is why we reject attempts by sport brands and companies to whitewash Israel's occupation.

Puma's sponsorship of the IFA, and the international legitimacy that it grants, signal to Israel's racist far-right regime that its expansion of illegal settlements by pushing Palestinian families off their ancestral lands can continue with impunity.

Puma says sport "has the power to transform and empower us". It's true. Sport has changed my life and the lives of many Palestinians, who have persevered in pursuing their dreams despite all odds of an occupation.

But instead of empowering people like us - who struggle daily under oppression - Puma has chosen to empower and support our oppressors.

More than 200 Palestinian teams have called on the company to abide by its own code of ethics and end the IFA sponsorship deal.

What has been Puma's response to repeated requests to reconsider the contract? A laughable attempt to deflect criticism by claiming a "devotion to universal equality" as it continues to underwrite Israel's abuses of Palestinian human rights while helping Israel sports-wash its system of oppression.

In 2018, Israeli sniper fire killed 183 and injured more than 6,000 Palestinians in Gaza who were participating in peaceful demonstrations for an end to Israel's crippling 12-year long siege and their UN-sanctioned legal right of return. Israeli snipers ended the careers of promising Palestinian athletes, including a football player, a cyclist, a boxer, and a volleyball player.

A UN Commission of Inquiry found that Israeli soldiers intentionally targeted and killed Palestinian civilians participating in the demonstrations, which may amount to war crimes.

And yet Puma's position has not changed. That is why, people around the world who support the Boycott, Divestment, Sanctions (BDS) movement have taken more action against the company. Thousands have pledged to stop buying Puma products until it ends its sponsorship of the IFA.

In June this year, human rights groups in 20 countries around the world protested its IFA sponsorship at Puma shops, offices and matches of Puma-sponsored teams. Today, they will be back for a second global day of action, with more than 50 actions around the world.

It is up to all of us to hold Puma to account for failing to uphold the principles of sport and fair play.

As a determined young Palestinian woman who has made pushing boundaries and overcoming obstacles a central part of my life, I won't allow Israel's system of oppression to prevent me from living my dream.

All those who value freedom and justice can join me in urging Puma to live up to its promise of driving social change by ending its sponsorship of our oppression. 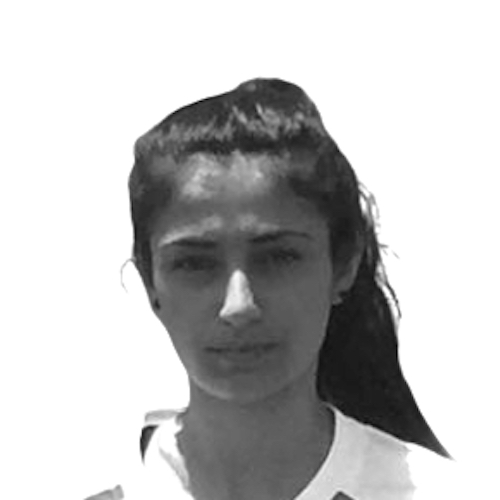 Aya Khattab is a defender for the Palestinian National Women's football team.